The Art of Universal Knowing

From My High Self, Prilon ~ An Activation & Rewiring to Release Karma is Now in Place ~ Channeled by Suzanne Spooner of TAUK 3/11/12 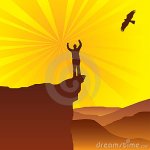 [Hello Prilon.] Hello Suzy, I am here to give this message. To the beings of light that read this message, high imagination and love are now in place on planet Earth so that waves of energy streams can permeate and activate your chakras.

This is an upgrade to the system that is needed for your spiritual advancement in these times of change. These upgrades are like a rewiring of your system. It allows for your body to be light activated and be aligned with the Earth’s matrix as she ascends.

Releasing karma is the biggest advantage of this rewiring. In the old way of pre-rewiring, almost all souls needed to balance all karma over many lives, an inventive by-product of duality.

Now as the human race is on the threshold of leaving duality, a system wide cleaning is in place to clear the karma and “lighten” the soul.

In this time of activation, please send love to those you have hurt or those who have hurt you. This makes for an easier activation.

You can visualize this by telling yourself that you no longer carry anger or fear towards yourself or others in this life, parallel lives or past lives in duality. Imagine pushing the anger or fear off a deep cliff into a bottomless abyss. Gather up the anger and fear and send it off with love and gratitude for the lessons learned and soul growth made while in the duality experience. Be in the light of God as you envision this. Universal mechanisms are in place to recycle your anger and fear into love. This is a systematic upgrade and all humans, aware or not, will be included. We give to you, who read this, an expedited experience with this visualization. Align with your heart and know that you are doing a magnificent job of ascending.

6 Comments on “From My High Self, Prilon ~ An Activation & Rewiring to Release Karma is Now in Place ~ Channeled by Suzanne Spooner of TAUK 3/11/12”